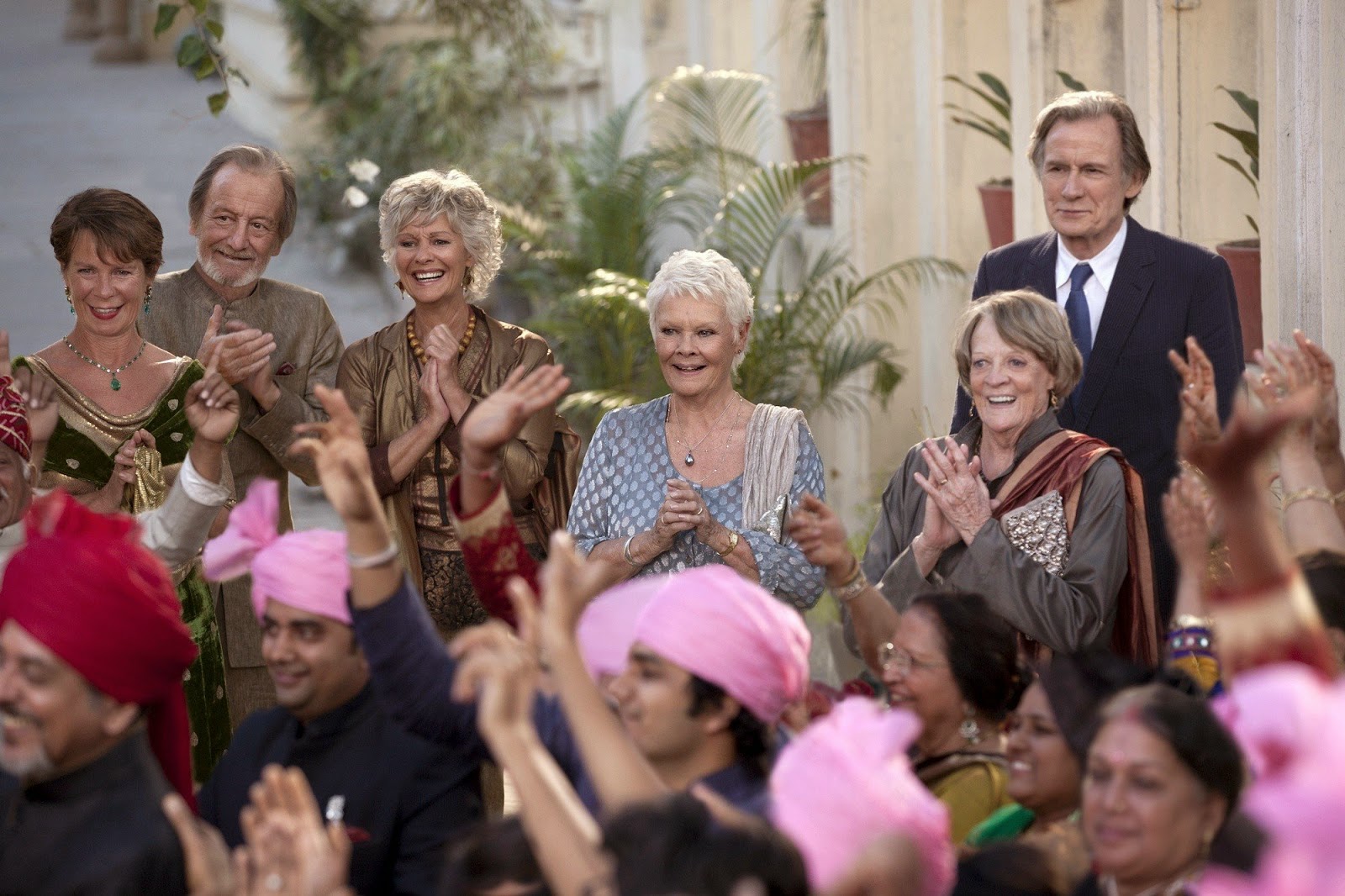 Fans of the original will find plenty to like in "The Second Best Exotic Marigold Hotel." The sequel delivers new adventures for the pack of British retirees who move to India to retire. Originally they come to "The Exotic Marigold Hotel," and turn a dump into a going concern. Maggie Smith sets the tone as a voice of reason, now working as the hotel manager. She continues to tutor Dev Patel - the likable kid who runs the place. In the sequel, Dev and Maggie travel to California to sell a chain on the idea of their expansion. Back we go to India, where Dev has pre-marriage jitters and problems with plans to expand his business. The cast of veterans looks like they just wandered off the set of “Downton Abby,” and that’s a good thing. They include all-stars Judi Dench and Bill Nighy, who can’t quite manage to get together even as we, the audience want them to. I really like the actress Penelope Wilton, who plays Mrs. Crawley on “Downton Abby.” She’s testier and meaner here, and that’s fun to see. Richard Gere turns up as a hotel mystery shopper, and looks a little out-of-place but he really is, so that’s okay. “The Second Best Exotic Marigold Hotel” keeps a slow, steady pace and wraps up its many plot lines in a satisfying manner. Not a great movie, but rather a lovely one. Does it deliver what it promises? Grown up movie. Is it entertaining? Delightful. Is it worth the price of admission? Yes, and even more so with an AARP discount.
Posted by Arch Campbell at 7:33:00 PM