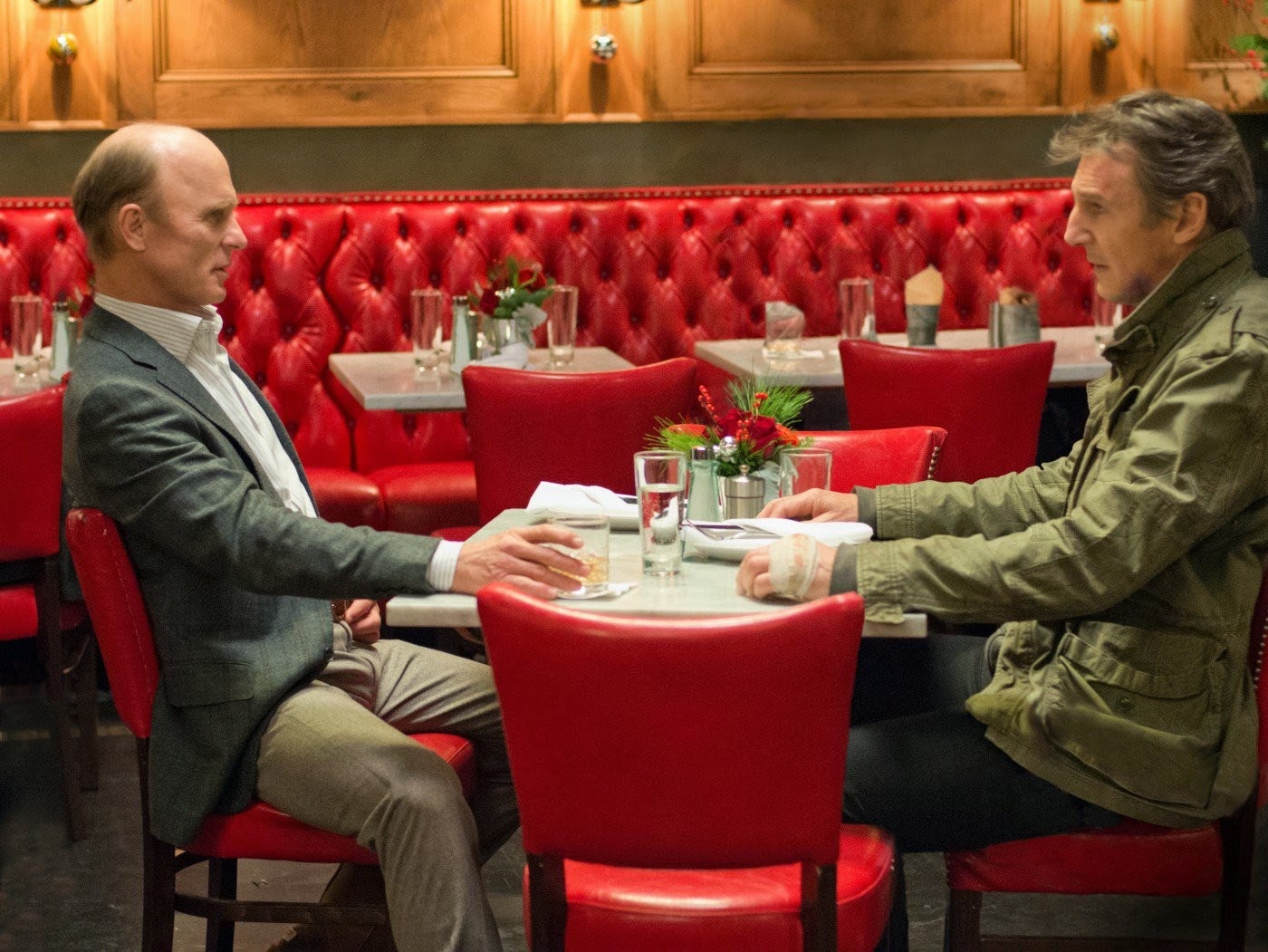 Liam Neeson continues his run of tough guy movies in “Run All Night.” This time, he begins the movie as a washed-up, former hit man working odd jobs for crime boss Ed Harris. He takes quite a bit of guff from Harris’ son played by Boyd Holbrook. The plot starts cooking when the son brings in a drug lord who wants to use Harris’ shipping interests to import hard drugs. The father turns the drug lord down, immediately putting his son in danger. A shootout follows, coincidentally witnessed by Neeson’s son, played by Joel Kinnaman. To save his son, Neeson kills Harris’ son, and the grudge match begins. The rest of “Run All Night” boils down to a long chase with violent shootouts, including bad cops and the always interesting Vincent D'Onofrio. The audience roared when Nick Nolte popped in for a cameo, I think because at least he was unexpected. Everything else in “Run all Night” comes out of the usual playbook. Does it deliver what it promises? Crime drama with lots of violence. Is it entertaining? Nothing new. Is it worth the price of admission? Nah.
Posted by Arch Campbell at 7:53:00 PM