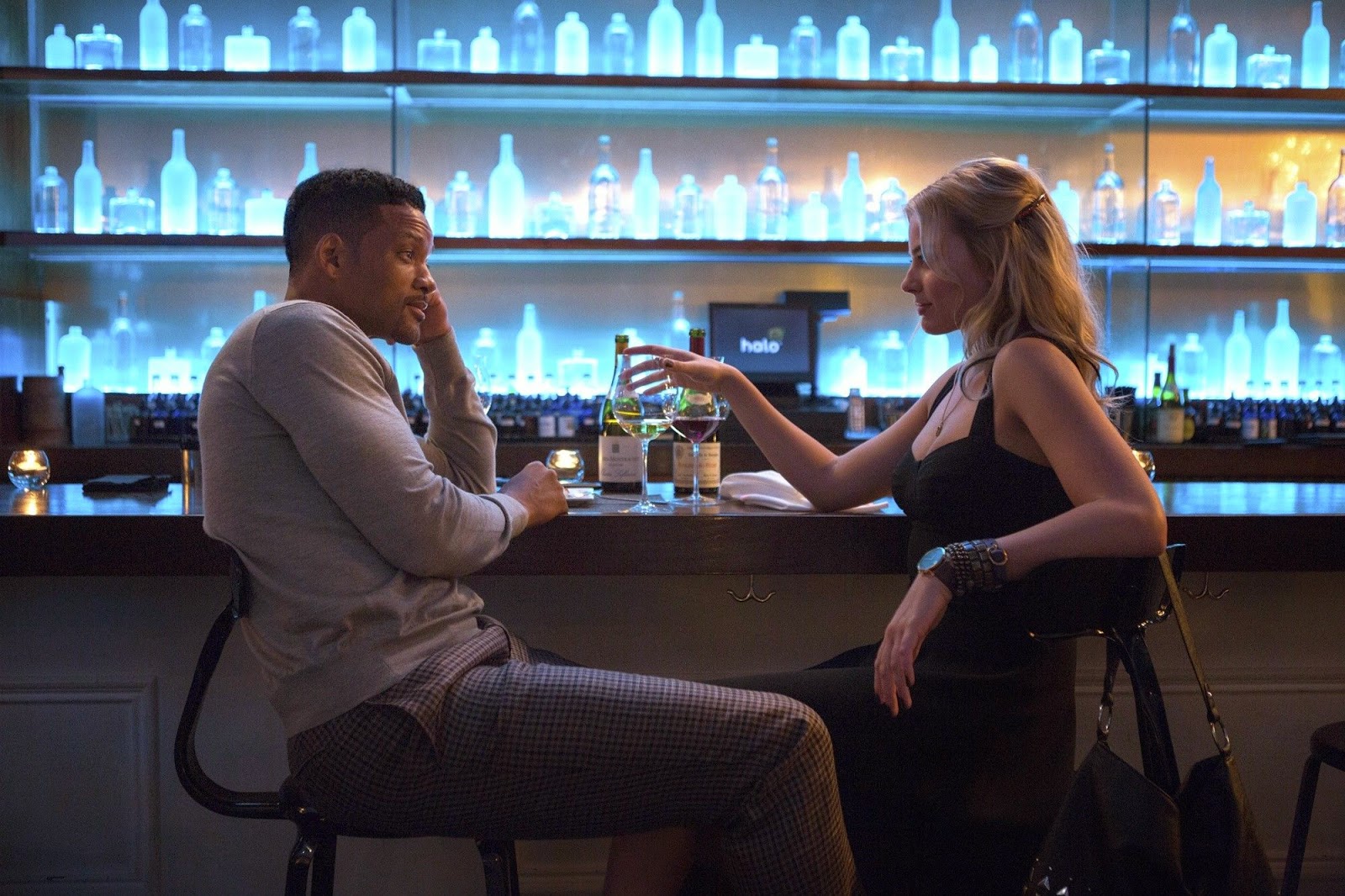 Will Smith and Margo Robbie look fabulous together in the crime caper comedy “Focus”. She begins the movie trying to scam him, only to learn he’s wise to her. Soon the older scam artist takes the younger student under his wing and into his bed. Act one brings Smith and Robbie to New Orleans for the Super Bowl, as part of a team of small time crooks, pick pockets and thieves. The big game leads to a great scene, as Smith loses one bet after another, doubling up to seven figures and a hilarious payoff. The story breaks and brings the characters together a few years later, for a race car scam in South America. Robbie made a deep impression as the street smart wife in “The Wolf of Wall Street.” She’s very beautiful in “Focus,” and has great chemistry with Will Smith. The mid-point of the movie almost fools the viewer, but by the time “Focus” gets going good, we know we’re being conned. I doubt anyone will believe any of this for a moment. Does it deliver what it promises? Comedy crime caper. Is it entertaining? Fun, but not convincing. Is it worth the price of admission? Maybe for a so-so, not bad, mindless time.
Posted by Arch Campbell at 10:01:00 PM