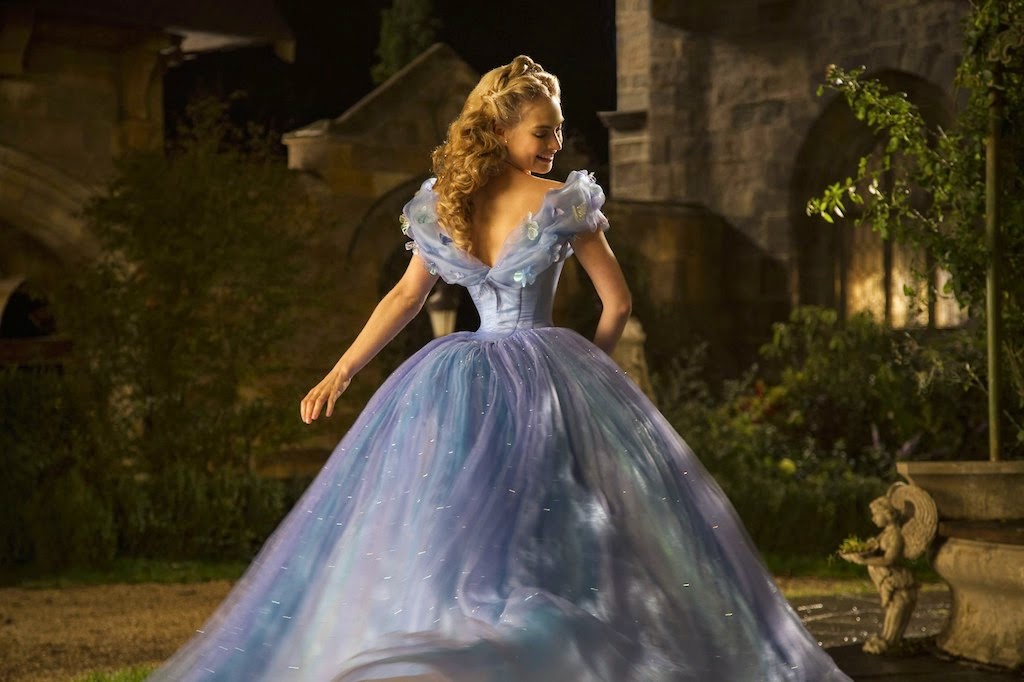 Kenneth Branagh gives the well know story of “Cinderella” the “Downton Abby” treatment with grand results in the new live action Disney movie. Lily James, already likable as Lady Rose on “Downton Abbey” makes a fine Cinderella. We begin with her carefree childhood, turning dark with the death of her loving mother who on her deathbed tells her daughter to “have courage and be kind.” She needs it when her father married the wickedly beautiful Cate Blanchett, who takes the mean stepmother role to a new level. “Downton Abbey” fans will also enjoy Sophie McShera, who plays Daisy on PBS as one of the comic ugly step sisters. Cinderella’s father dies, and her stepmother turns her into a servant. But Helena Bonham Carter saves the day as Cinderella’s fairy Godmother. The segment turning mice into stallions, and a pumpkin into a golden coach looks dazzling. The entire movie enchants with beautiful visuals and nice touches. I went, expecting another Disney money grab. Instead, I got an evening of enchantment and even a message for us men in the audience: Be true to yourself and marry for love, not money. Does it deliver what it promises? Great fun. Is it entertaining? Looks beautiful, although it runs a tad long. Is it worth the price of admission? “Cinderella” has a ready-made audience, and will probably do huge business. Those who go, will receive a surprisingly great movie.
Posted by Arch Campbell at 8:20:00 PM