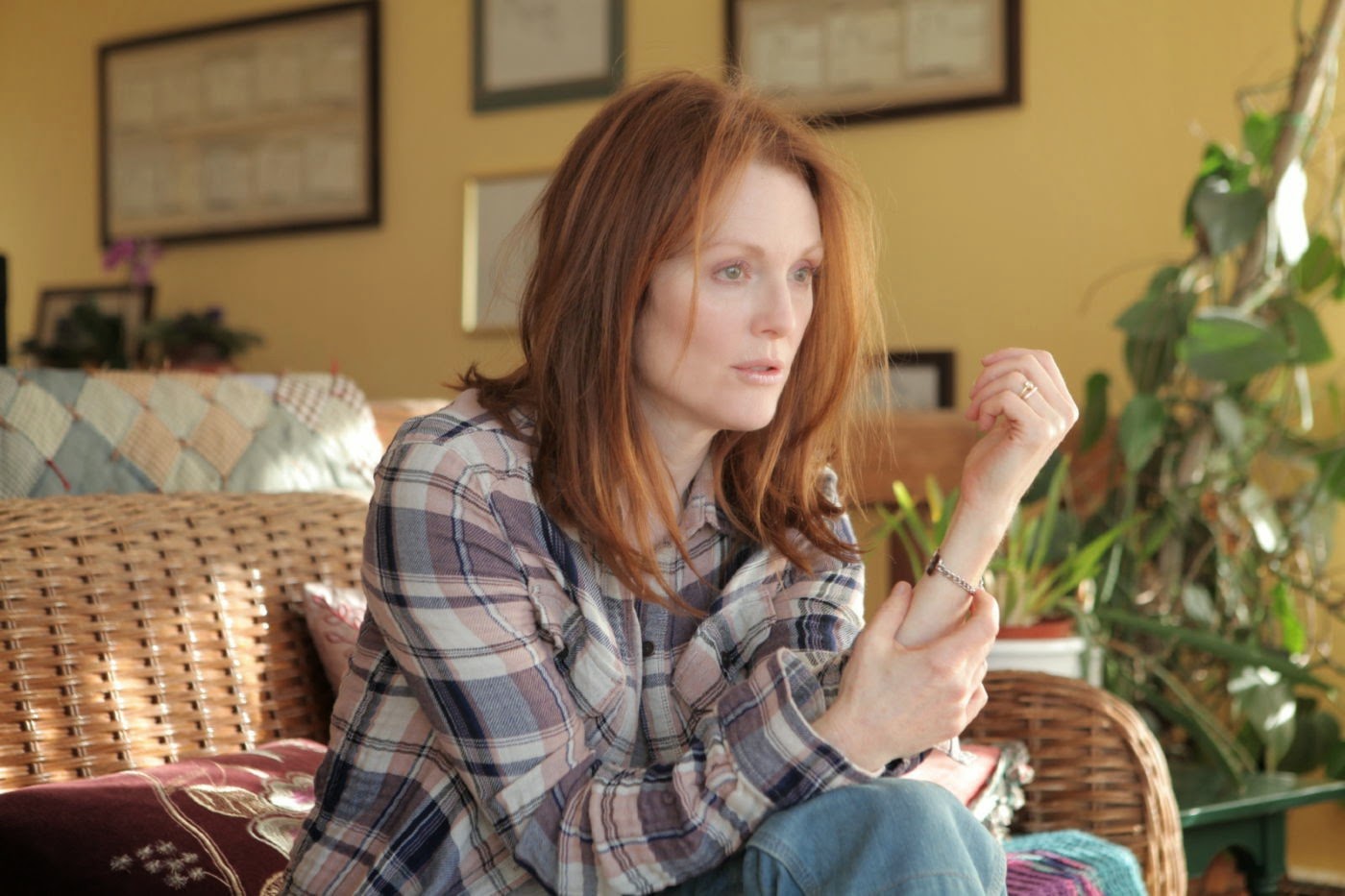 Julianne Moore won the Golden Globe as best actress, as an over-fifty, tenured professor with early onset Alzheimer’s. This plot will most likely strike terror in the hearts of middle-aged film goers. One of the great actresses of our time, Julianne Moore registers the changes in her head with confusion, denial, and fog, expressed in her lovely face. With Alec Baldwin as a not-quite perfect husband, who views his wife’s prognosis as an annoyance he must “fix.” Kristen Stewart earns respect as an unhappy daughter, who finds her place in these developments. The script feels like a “Lifetime” movie, and sort of traps us into watching this woman’s struggle. I suspect for many, the subject will prove too much and too hard. “Still Alice” reminds me of “Away from Her” (2007) a similar drama that earned Julie Christie awards and nominations. Of the two, “Away from Her” is the better, more nuanced movie. Does it deliver what it promises? Terrifying story of a brilliant professor’s descent into Alzheimer’s. Is it entertaining?  Julianne Moore gives a wonderful performance - better than the script. Is it worth the price of admission? Tough to watch.
Posted by Arch Campbell at 4:07:00 PM