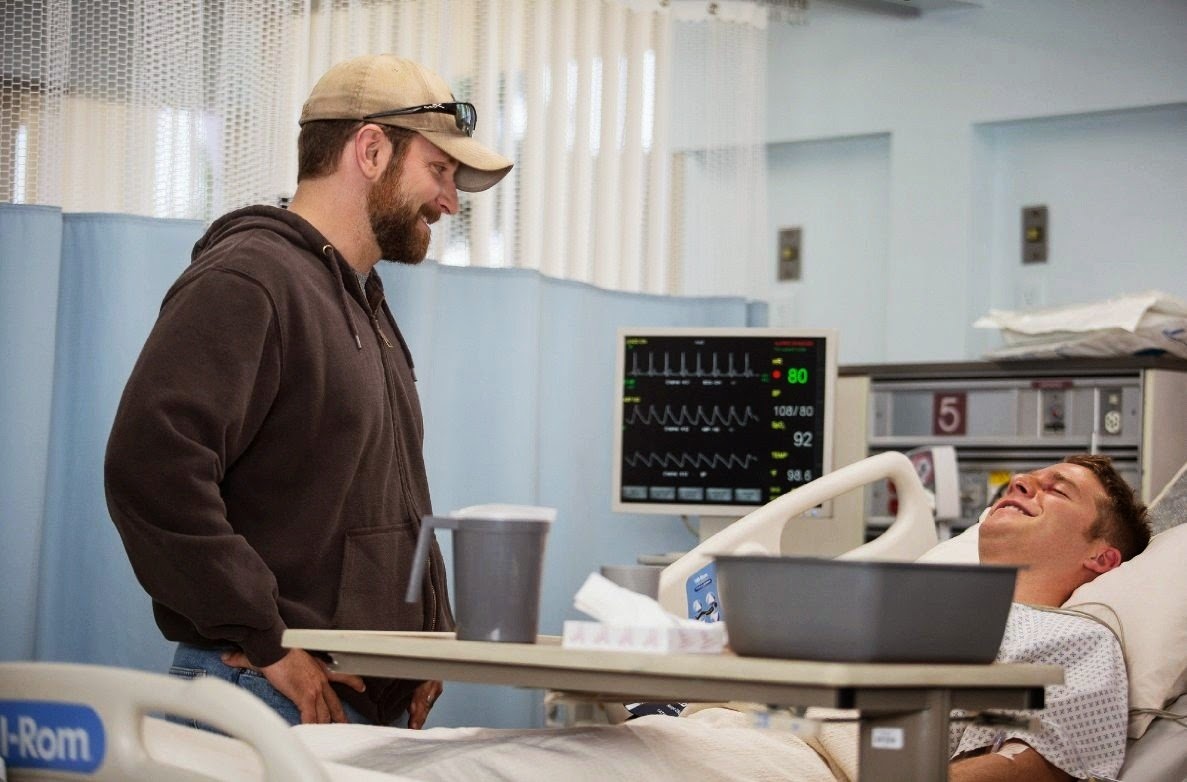 “American Sniper” feels like a remake of “The Hurt Locker.” Clint Eastwood puts his stamp on the true story of sniper Chris Kyle, who won the reputation as the most accurate sniper in Marine Corp history. The opening scene establishes the story’s tension. We watch Bradley Cooper (as Kyle) sight his targets, then decide if they should live or die. The movie begins with Cooper in battle, then flashes back to his Texas roots, his enlistment and his courtship and marriage to Sienna Miller, a loyal but frustrated Marine wife. The home front holds none of the excitement of the battlefield. Kyle serves four tours, and ultimately struggles. Director Clint Eastwood, a well-known patriot, leaves room for viewers opinions on American wars since 9/11. A sandstorm provides a convenient metaphor to praise the courageous soldiers like Kyle, while questioning the wars America sends them to fight. Bradley Cooper continues to win respect for his work. “American Sniper” adds to his standing as a serious player. In real life, Kyle turned to working with veterans who returned from their tours challenged or damaged. The final twist in Kyle’s life, and in the movie hit you like a ton of bricks. It comes so fast, and with no warning that it takes the steam out of the movie. This is “The Hurt Locker” without redemption. Does it deliver what it promises? War drama, based on truth. Is it entertaining? The war scenes feel like “the Hurt Locker.” Is it worth the price of admission? Mixed review: I came out feeling Eastwood didn’t achieve what he wanted to express.
Posted by Arch Campbell at 10:23:00 PM