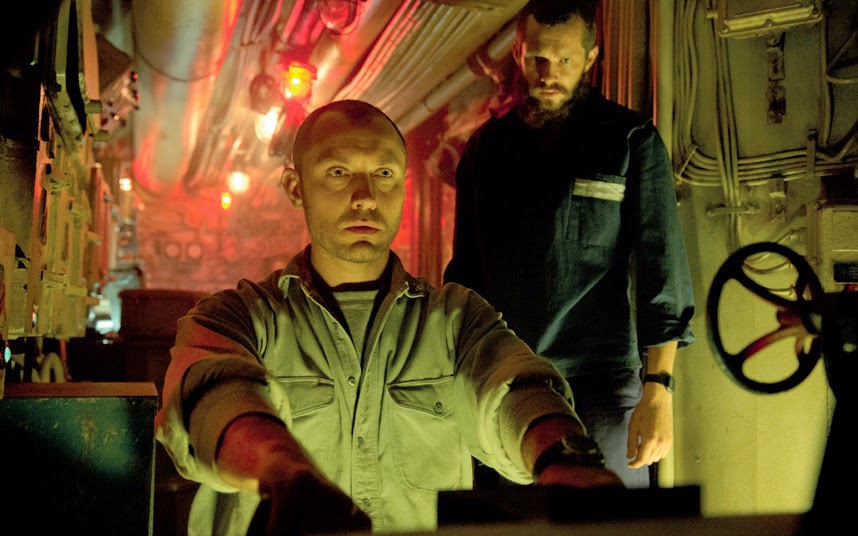 Jude Law begins “Black Sea” losing his job. We watch him swallow his anger, as some corporate snake offers him a settlement to leave. A few days later, he latches on to a scheme to pilot a sub into the Black Sea to reclaim a shipment of Nazi gold lying in a U-boat somewhere in disputed waters. The usual suspects arrive, hoping to split the gold and live out their lives as wealthy men. Half the guys speak Russian, the other half speak with thick Scottish brogues (you might plan on missing every other word.) Also along for the ride, another corporate snake who's overseeing the plan. That’s just to stir the plot even more; and sure enough, later on he throws out a plot twist I never saw coming. Law’s a fine actor, and the movie has great tension. Men in submarines working in close quarters, not trusting each other. And let’s not forget the money - a Nazi sub full of golf - Das Loot! Does it deliver what it promises? Taut undersea drama with a nice twist. Is it entertaining? Gets it done. Is it worth the price of admission? For a January release.
Posted by Arch Campbell at 12:57:00 AM