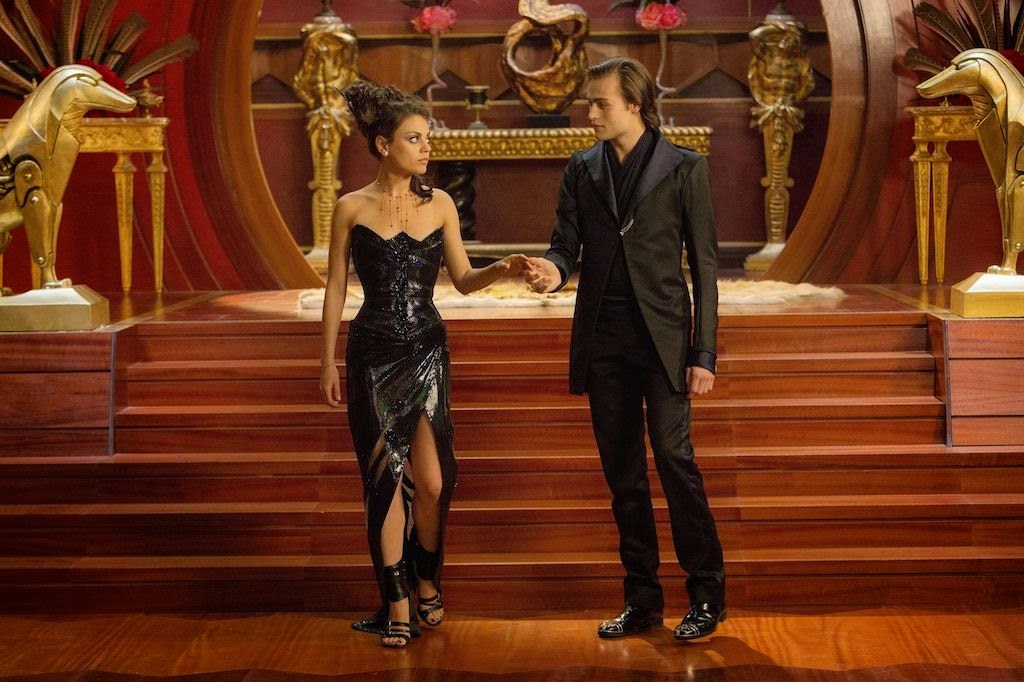 “Jupiter Ascending” sure feels a lot of “Star Wars,” except it switches Darth Vader's “Luke, I am your father” for Mila Kunis' “I am not your mother!” Mila - of beautiful skin and piercing eyes - plays a housemaid, living in a house full of Russian immigrant housemaids. But really, she’s a princess. Pardon me, but didn’t Anne Hathaway already do this? Anyway, a bunch of spacemen come to fetch her, while doctors are about to harvest her eggs. Yecch. The bad guys who want to kill her are defeated by good guy Channing Tatum, who informs Mila that she is a space princess and is destined to rule the Earth. Channing must save her from Oscar nominee Eddie Redmayne who wants to kill her, because either she’s his mother, sister or second cousin. Eddie and company want to harvest the Earth from humans, because we're overpopulating the place. He plans to make us some kind of face cream, that delays the effects of aging. “Jupiter Ascending” has a lot of chase scenes and in-the-nick-of-time moments. Too many, I’d say... probably because the filmmakers needed a way to advance the story. Does it deliver what it promises? Space adventure, a la “Star Wars,” just not nearly as good. Is it entertaining? Long and often boring. Is it worth the price of admission? I think I’ll take the bus.
Posted by Arch Campbell at 11:55:00 PM