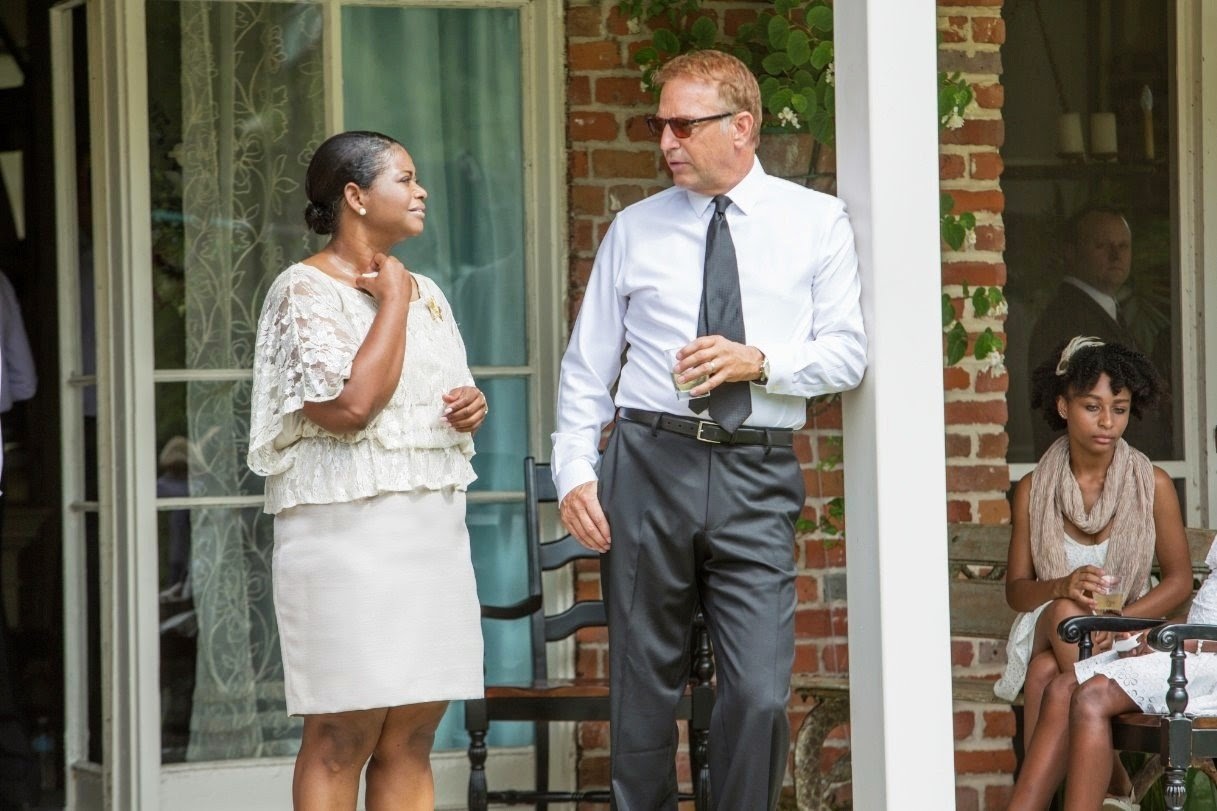 Not even Octavia Spencer and Kevin Costner can save this overcooked script about a custody battle for a cute seven-year old mixed-race girl. Costner plays a wealthy California lawyer, whose daughter has died in childbirth, leaving Costner and his wife to raise her. Jillian Estell plays the granddaughter and is quite winning. Suddenly and off-camera as the story begins, Costner’s wife dies in an automobile accident. Spencer suggests Costner bring the child over for more visits. The suggestion turns into an argument, that lands both families in family court. The child’s father has disappeared in a fog of drug addiction and prison. His reappearance (played by Andre Holland) complicates matters.  Anthony Mackie - another member of Spencer’s large family - conveniently has a law degree and the smarts to win custody away from Costner, who begins to drink excessively after his wife’s death. The resolution feels contrived, but not much more contrived that everything else about Black or White. Does it deliver what it promises? Drama about race, money, and parenting. Is it entertaining? Dramatic, but not believable. Is it worth the price of admission? Not very good.
Posted by Arch Campbell at 12:36:00 AM