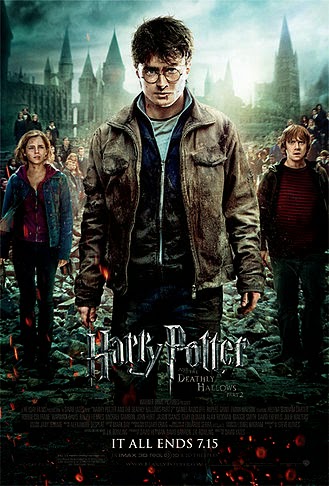 A grand finale worthy of praise, “Harry Potter and the Deathly Hallows - Part 2” picks up exactly where the previous film stopped. Voldemort - played to the hilt by Ralph Fiennes appears on the edge of victory, while Harry and his friends continue their search for the hidden pieces of his soul - all in preparation for the final battle. Alan Rickman as Professor Snape gets a star turn in this episode, and an explanation of his behavior. Many will leave remembering Rickman’s great performance. An all-out battle for Hogwarts makes great use of special effects, and looks like a replay of World War II. The battle earned this episode its PG-13 rating, as many beloved characters die. The finale echoes the original “Star Wars” in excitement and a coda, set a generation later gives us just the right touch of hope. I watched the final installment afraid to blink or move, so as not to miss anything. So nice to see something special, live up to its billing. Does it deliver what it promises? A grand finale. Is it entertaining? Vastly. Is it worth the price of admission? Every penny. One final note: I didn’t see anything especially great about the 3D technique - 2D should do fine.
Posted by Arch Campbell at 9:32:00 PM