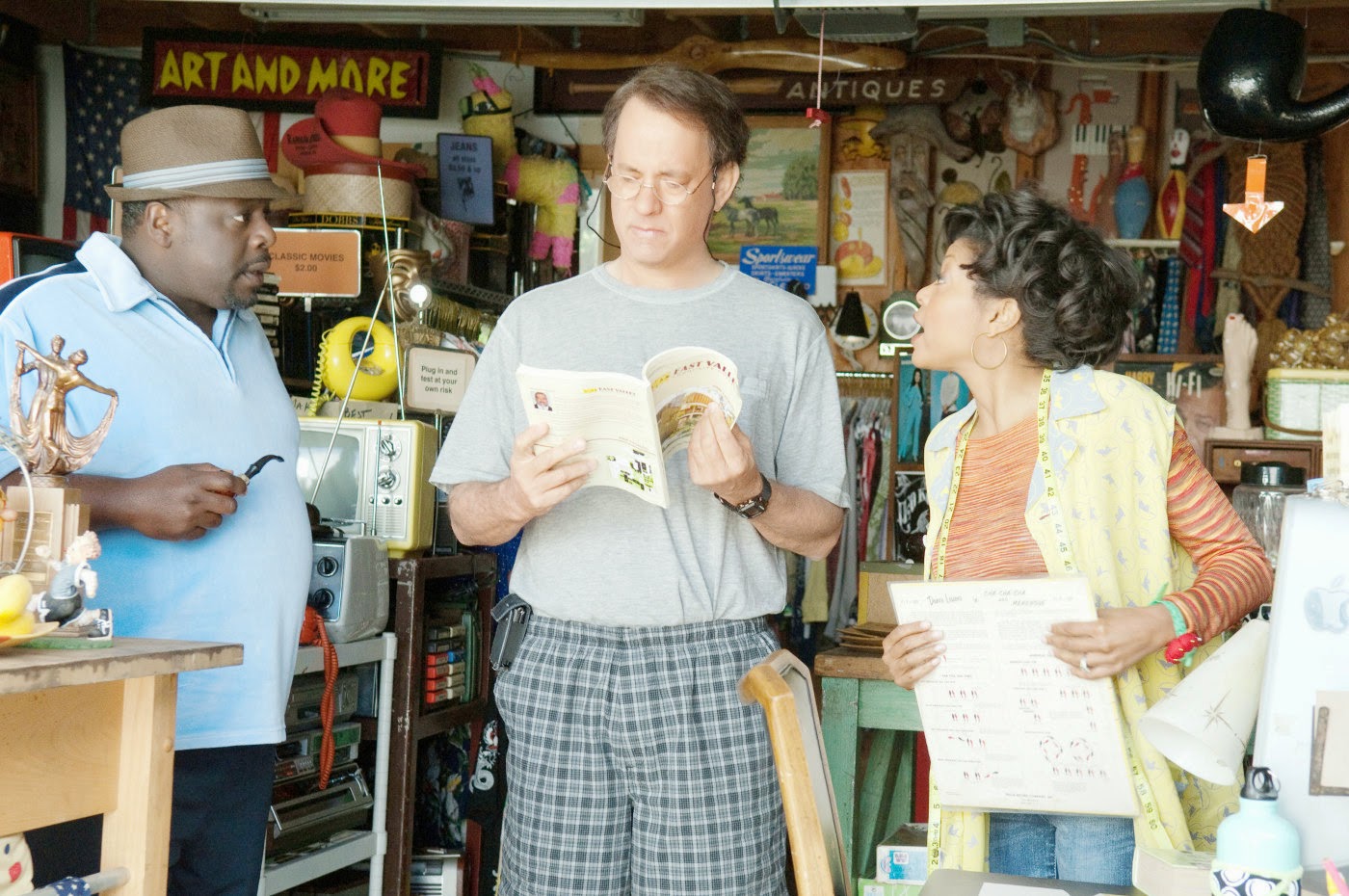 Tom Hanks plays a guy so nice, you start pulling for him and get a nice reward for your efforts. As Larry Crowne, we see Hanks managing a discount store in a winning manner, only to be laid off because of his lack of a college education. Newly-divorced and behind on his home mortgage, Hanks begins selling his stuff and enrolls in Junior College. Meantime, we see the parallel story of unhappily married Speech teacher Julia Roberts, driven to her wit’s end by her hostile slacker husband. Hanks signs up for Roberts' class, finds a group of helpful friends, and together the two adults find each other. ‘My Big Fat Greek Wedding’s” Nia Vardalos co-wrote the script with Hanks, and it has much of the goodness that made the “Greek” film such a winner. How nice to see a grown-up story about adults, told with grace and acted by a cast of winning characters. Does it deliver what it promises? Grown-up story. Is it entertaining? A joy to watch. Is it worth the price of admission? One of the year's best.
Posted by Arch Campbell at 2:49:00 PM