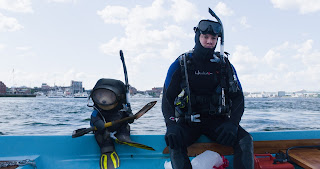 The original “Ted” is a tough act to follow. “Ted 2″ tries, but doesn’t quite succeed. In case you missed it, Ted is a trash talking teddy bear who grows up with Mark Wahlberg after Mark’s wish that his bear become real is fulfilled.  The two friends smoke weed, drink beer and chase girls together. As the sequel opens, Ted has married his grocery store checker girlfriend and Wahlberg has divorced Mila Kunis: I guess because she didn’t want to appear in the sequel. The opening features a wedding and a musical number worthy of Busby Berkeley in his prime. Ted marries Tami-Lynn and after a year of fighting, they decide to try for a child. Since the Teddy bear can’t reproduce, they turn to adoption. This brings Ted to court, to prove he’s a person. “Ted 2″ starts with a series of outrageous, scream-out-loud funny gags, including a visit to Tom Brady. But soon, the movie runs out of gags. The big conclusion is satisfying, but might have been great if they cut 30 minutes or so leading up to it. It’s hard to recreate the shock and delight of the first movie. The very funny Seth MacFarlane came up with the original idea and brings life to the sequel as the voice of Ted. MacFarlane’s parody of “Blazing Saddles” flopped last summer: I’ll be interested to see what he does next. Does it deliver what it promises? More adventures of the trash-talking bear. Is it entertaining? Funny, but runs too long. Is it worth the price of admission? Nah.
Posted by Arch Campbell at 9:32:00 PM