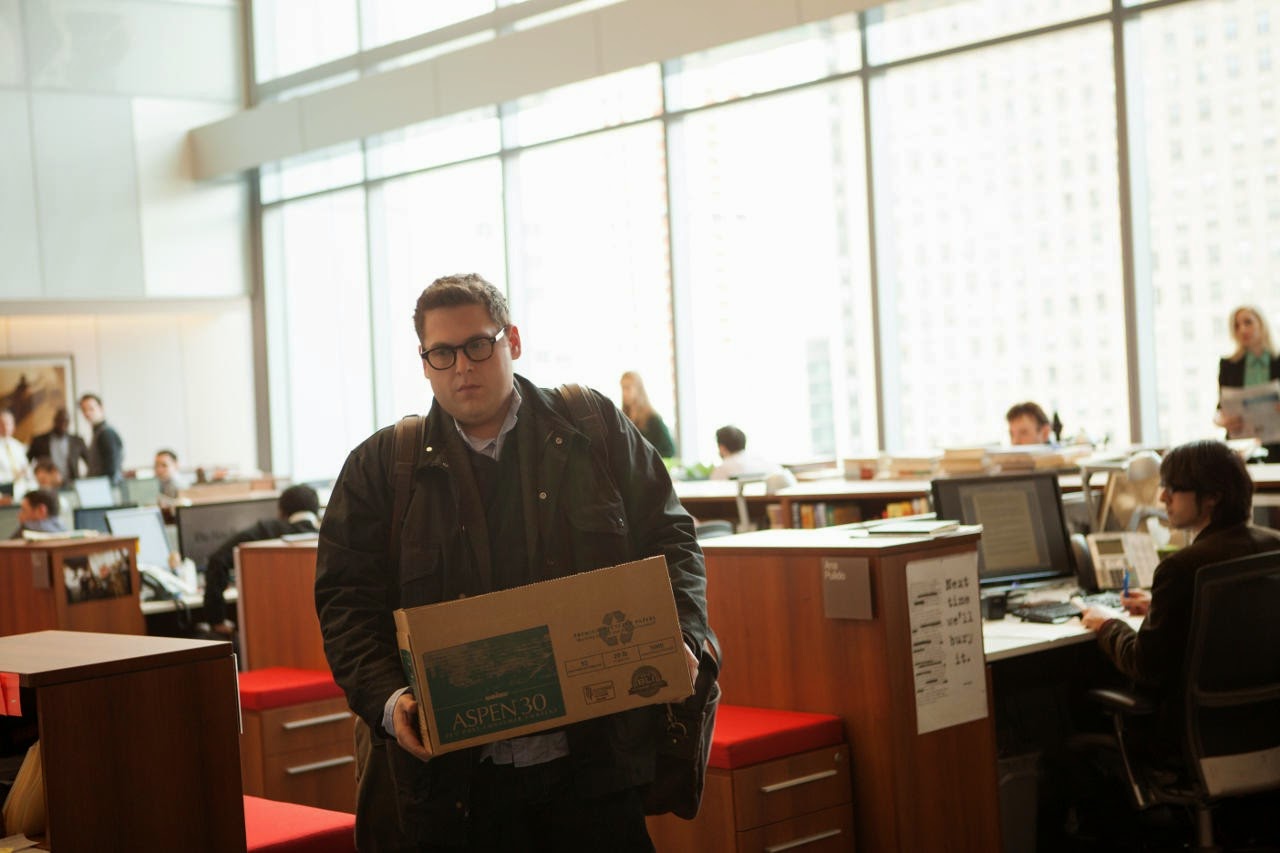 James Franco and Jonah Hill play it serious in “True Story.” Jonah Hill inhabits disgraced NEW YORK TIMES reporter Michael Finkel. Franco plays real life child killer Christian Longo. The story begins with Hill getting fired from the TIMES for blurring facts and creating a composite character. Lying low in self-imposed isolation, Finkel learns Longo has fled the country using Finkel’s name as an identity. Once arrested, Finkel contacts Longo in hopes of finding a project that will reignite his career. Franco portrays Longo as a master manipulator, who uses Finkel for his own purposes. Felicity Jones adds to the stellar cast as Finkel’s girlfriend. Even though Longo is in jail, scenes and an invasive phone call make us fear for her. Rupert Goold directs, and really captures a sense of menace in the encounters between the two men. “True Story” has moments that remind me of the best parts of “Silence of the Lambs.” Hill and Franco have great chemistry together. I left the screening, thinking more of them and their work. Does it deliver what it promises? Tense crime/psychological drama. Is it entertaining? Kept my attention the entire time. Is it worth the price of admission? Worth it.
Posted by Arch Campbell at 8:34:00 PM