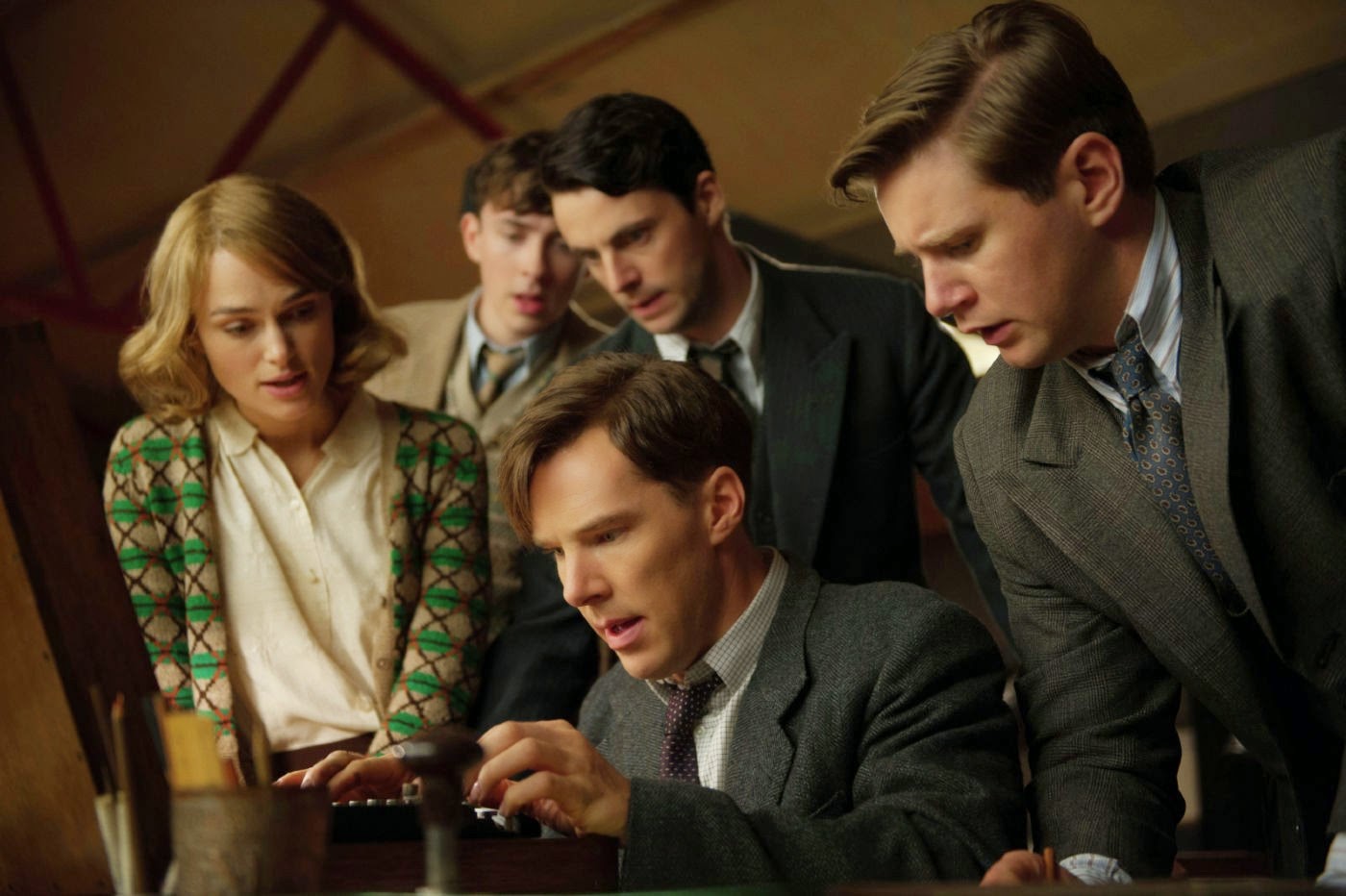 Benedict Cumberbatch knows how to play hard, to get along with geniuses. In "The Imitation Game” he recreates Alan Turing, a British mathematician who leads the group that breaks Germany’s Enigma code during World War II. Turing’s proposal for a machine that can sort the millions of equations Germany used (and changed daily) leads to the invention of computer. Turing’s work remained a state secret for almost a half-century. This breakthrough contrasts with his life after the war, which included prosecution under the UK's 1950′s anti-homosexuality laws. Keira Knightley adds a touch of class as the only female member of the enigma team. Allen Leech of “Downton Abbey” adds to the prestige as yet another team member with a secret. I’ve admired Cumberbatch since discovering his modern-day Sherlock Holmes on public television: He’s the perfect lead in an award contending movie. Does it deliver what it promises? Period drama for the Masterpiece Theater set. Is it entertaining? A really good story, told by a great cast. Is it worth the price of admission? You’ll hear about “The Imitation Game” between now and Oscar time.
Posted by Arch Campbell at 12:00:00 AM