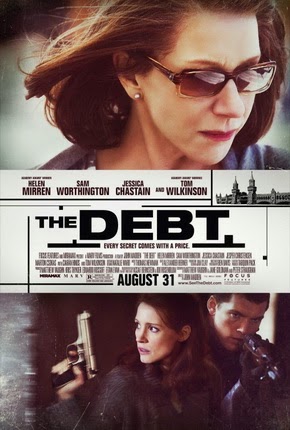 Rising star Jessica Chastain plays an Israeli spy on her first mission in 1966. She’s assigned to help capture a former Nazi doctor, who tortured Jews during the holocaust. She’s joined in the assignment by Sam Worthington and Marton Csokas. They capture the doctor, but something goes amiss and the three swear to keep the twist a secret. Thirty years later, we meet Helen Mirren as the now-grown spy dealing with the consequences of that decision. This story about loose ends takes some thrilling twists and never gets boring. A love triangle at the beginning of the assignment adds another layer. Does it deliver what it promises? Great old-school spy thriller with a twist. Is it entertaining? Keeps your interest. Is it worth the price of admission? For grown ups.
Posted by Arch Campbell at 11:05:00 AM