Rise of the Planet of the Apes Review - 3 Stars 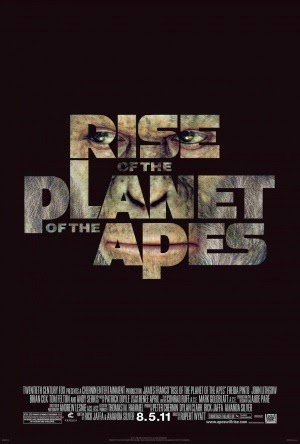 James Franco plays a scientist searching for a cure for Alzheimer’s. He tests it out on a baby chimp, and you can guess the rest. Except that, the chimp as played by Andy Serkis, is fascinating to watch. And Franco does a great job showing the hopefulness of a good scientist. He really makes you believe he loves this animal, and loves the chance to improve mankind. As for Serkis, he adds likeability to the chimp we come to know as Caesar. It’s thrilling to watch the animal wise up and lead a rebellion of his fellow primates. Hey, it’s silly but fun and sometimes thrilling. Does it deliver what it promises? Well gee, I always wondered how this story got started. Is it entertaining? Good acting. Is it worth the price of admission? Fun to watch.
Posted by Arch Campbell at 10:48:00 AM