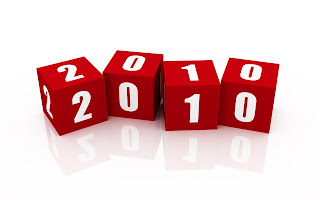 True Grit - 4 stars—December 22—The Coen brothers update the John Wayne classic with Jeff Bridges as the grizzled U.S. Marshall and Haill Steinfeld as a kid out to avenge her father’s death.

The Fighter (R)—3 1/2 stars—Mark Wahlberg plays “Irish” Micky Ward who has to take on his family in order to excel in the ring. Christain Bale won an Oscar as a very difficult brother.

How Do You Know?—2 stars—December 17th—Disappointing james Brooks comedy with Reece Witherspoon and Paul Rudd.  Jack Nicholson and Owen Wilson figure in the plot.

All Good Things—3 stars—December 10—Ryan goslin and Kirsten Dundst in a family mystery who done it.

Love and Other Drugs—2 1/2 stars—November 24—Anne Hathaway connects with drug rep Jake Gyllenhaal, then she gets sick.  This marks the start of her career downfall.

Harry Potter and the Deathly Hallows—4 stars—November 19th—Satisfying lead up to the grand finale.

127 Hours (R)—1 star—November 12—James Franco plays the guy who has to cut his arm off to survive a hike.  No thanks.

The Girl Who Kicked the Hornet’s Nest (R)—3 1/2 stars—Second of the Girl with the Dragon Tattoo trilogy.  In Swedish with subtitles and fearless.

Hereafter—3 stars—October 22—Matt Damon plays a reluctant psychic.  Might freak some of you out.

The Social Network—4 stars—October 1st—Jesse Eisenberg as Mark Zuckerberg in the days when he dreamed up Facebook.

Let Me In—3 stars—October 1st—Chloe Grace Moretz as a likeable but chilling vampire who takes pity on the nerd next door.

Never let Me Go—3 1/2 stars—Sci fi with a wow—the future arrives with a plan to enable some to live others to give.

Machete (R)—3 stars—September 3rd—Robert Rodriguez creates an over the top super R rated grindhouse adventure.  Not for everyone.

The Town—4 stars—September 17th—Ben Affleck directs and stars as a professional robber who falls in love with witness Rebecca Hall.

Easy A—3 stars—September 17—Emma Stone delightful as a high school kid who lies about losing her virginity in a rif on the Scarlet Letter.

Eat Pray Love—2 stars—August 13th—Julia Roberts plays a woman who travels the world looking for herself.  Tough to like in a deep recession.

Get Low—4 stars—August 13—Robert Duvall plays a hermit who wants to stage his own funeral and attend.  With Bill Murray and Sissy Spacek.

Scott Pilgrim Versus the World—3 stars—August 13th—Michael Cera meats the love of his life and has to go through hoops to win her.

The Other Guys—4 stars—August 6th—Hilarious action police send up with Will Ferrell and Mark Wahlberg.

The Concert—4 stars—August 6th—If you can find it, well worth watching story of music and family—French import with subtitles.

Dinner for Schmucks—2 stars—July 30th—Not quite funny remake of a French farce with Steve Carell—a sad sack invited to a dinner for losers.

Salt—3 stars—July 23—Angelina Jolie as a CIA agent on the run.

Inception—3 1/2 stars—July 15—Sci Fi movie about the power of the mind.  Leonardi DiCaprio and Ellen Page.

The Kids are All Right—4 stars—July 16—Julianne Moore and Annette Bening play a lesbian couple whose children want to meet their sperm donor.

The Girl Who Played with Fire—4 stars—July 9th—First in the series of the Millenium trilogy.  Can the American remake surpass this?

July 2—Best Worst Movies—2 stars—documentary on the making of Troll 2.  Fun but forced.

June 25—Grown Ups:  2 1/2 stars—Adam Sander, David Space, Rob Schneider, kevin James—boys will be boys even when they grow up.

June 25th—Cyrus—2 1/2 stars—John C Reilly in a love triangle with marisa Tomei and her son played by the very funny Jonah Hill.

June 18th—Toy Story 2—4 stars—Pixar does it again—this time Andy the toy owner goes off to college and the toys need a new home.  Touching.

June 18—Joan Rivers:  A Piece of Work—3 1/2 stars—fascinating documentary on the great comic as she works.

June 18—Jonah Hex—2 stars—Josh Brolin plays a confederate soldier who sells his soul.  Cross between a western and a horror flick.

June 11—Solitary Man—3 1/2 stars—Michael Douglas plays a car dealer who fears death.  He should have won an Oscar for this.

June 4—Get Him to the Greek—3 1/2 stars.  Russell Brand hilarious as an out of control rock star with nebbish Jonah Hill as the kid trying to control him.

May 27—Sex and the City 2 (R)—2 1/2 stars—I overrated this tone deaf sequel in which the HBO characters visit the far east.

May 28—Prince of Persia—2 stars—Swashbuckler based on a video game.  Why did Jake Gyllenhaal make this?

May 21—MacGruber—1 star—Will Forte in a comedy based on a Saturday Night Live skit.

May 14—Please Give—2 1/2 stars—Catherine Keener & family agonize in this indie.

May 14—Just Wright—2 1/2 stars—Queen latifah in a romance with Common, almost spoiled by beautiful Paula Patton.

May 14—Letters to Juliet—Amanda Seyfriend goes to Italy to find romance.

May 7—The Square—3 stars—Great thriller in which a construction foreman falls for another guy’s wife.  Hint:  The Square has a poured concrete foundation.

May 7—Babies—3 stars—Wonderful documentary on how babies develop world wide.

May 7—Iron Man 2—3 stars—Good enough follow to the original.

April 16—The Secret in their Eyes—3 stars—Oscar winner as best foreign film.  A retired prosecutor solves a cold case and resolves an unspoken love.

April 16—Death at a Funeral—2 1/2 stars—Remake of a British farce with Chris Rock, Martin Lawrence and Tracy Morgan.   Good enough.

April 16—The Perfect Game—2 1/2 stars—Recreates the 1957 victory of Monterrey Mexico team in the little league championship.

April 16—The Jones—2 stars—Demi Moore and David Ducoveney head a perfect family who entice their neighbors to buy the latest products and gadgets.  Predictable.

April 9—Date Night—2 stars—Tina Fey and Steve Carroll in a predictable fish out of water adventure.

April 9—the Runaways—3 stars—Kristen Stewart and Dakota Fanning in the story of Joan jett.  michael Shannon outstanding as their manager.

April 2—Clash of the Titans—2 stars—Release the Kraken—a lot of shouting and haming up in this latest Greek myshology adventure.