This is Where I Leave You Review - 3 Stars 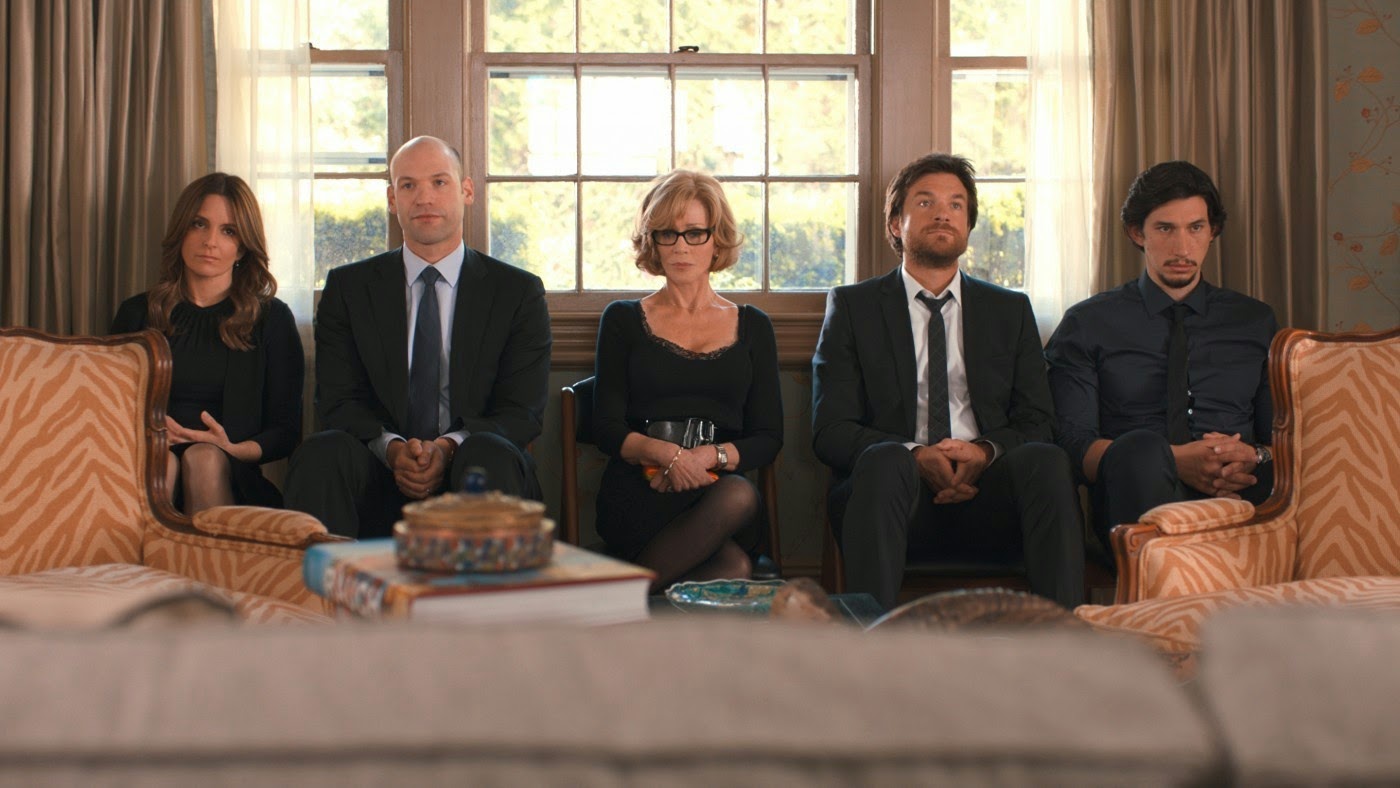 Jason Bateman begins this story discovering his wife in bed with his boss, which explains the title “This is Where I Leave You.” Then he receives the call most grown ups dread: his father has died. The funeral brings him back to his loud boisterous dysfunctional family headed by Jane Fonda including Tina Fey as his sister, and Adam Driver and Corey Stoll as his brothers. To spice things up and keep the family together, Jane, a non-Jew, insists on the family sitting Shiva for the traditional seven days to honor their dead father, an avowed atheist. The siblings share and act out their various issues which include immaturity, infertility, unhappy marriage, sibling rivalry, and the tug of ex boyfriends and girlfriends. Some of the issues are serious and some not so much, but the blend makes for an entertaining mostly comic story. The set up makes you care about Bateman and as the movie goes on his family. The ending doesn’t tie things up neatly and therefore feels realistic. “This is Where I Leave You” tells an easy to like story in an easy to watch manner. Does it deliver what it promises?  family comedy. Is it entertaining? Very funny at times. Is it worth the price of admission? Just to see Jane Fonda hit it out of the park.
Posted by Arch Campbell at 12:00:00 AM